On the danger of asking an obvious question

The other day, Marvel Comics (the other company that is not DC, the one with the spider-guy) sent out a teaser image for the Fantastic Four, with the tagline "FANTASTIC FOUR 2010- Will They Survive?" 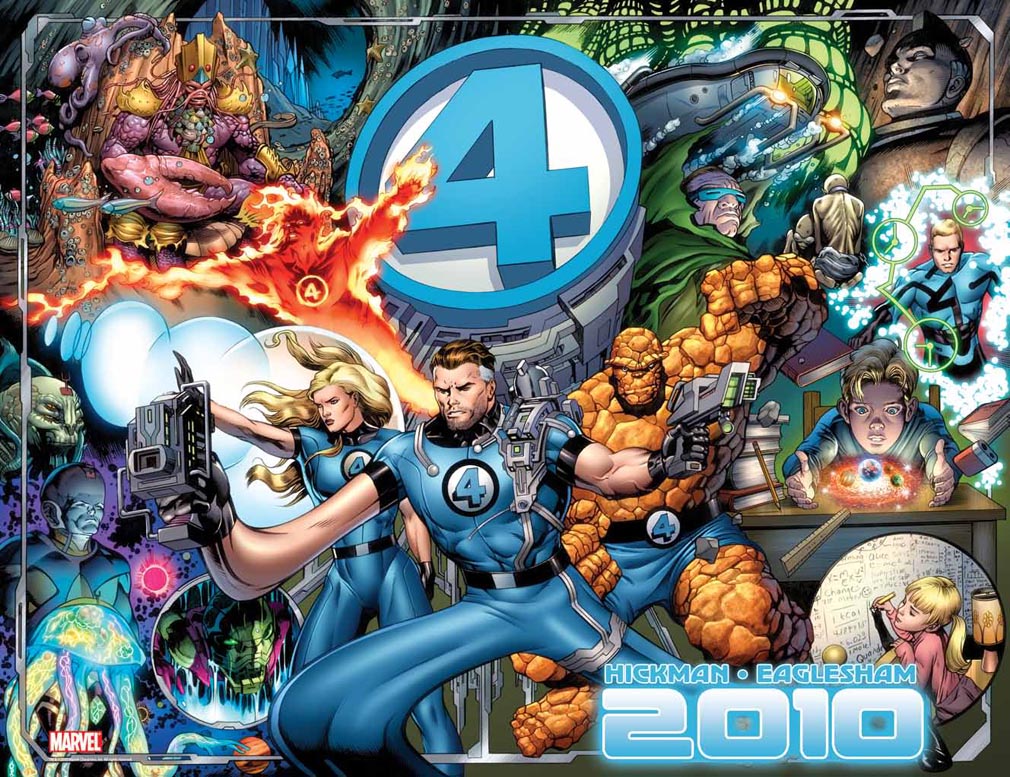 Short answer - yes. I mean c'mon, they're Marvel's first family, they've had three films (I'm including the Corman one, because like Guy Fawkes, nothing should ever be forgot), three or so TV series and they're clearly not going anywhere.

Tom Brevoort, however, has taken umbrage that the literal-minded among us have chosen to answer that rhetorical question. He's remarked on the electric-type Twitter that he's:

"A little bit irritated with Newsarama posters responding to the FF promo we
sent out. Rather than reacting to the gorgeous art, they all ...instead pick at
the e-mail title."

Well, I must say, the tag line was surely intended to start conversation, so it's a bit odd to get upset when it succeeds.

But honestly, when you ask comics fans if character or group ABC (I can't use "X" as a variable here, as they actually HAVE such a team) is going to "survive", the answer is going to be "That will depend on sales". Threatening or tantalizing us with death or destruction just doesn't hold the weight it might in less "fantastic" fiction. Reed and co have already gone to Heaven and brought back Ben Grimm - death is no longer a challenge.

Might the FF break up? Absolutely. It happens as often as the leaves falling off the trees. It just happened a year and change ago. But unlike a team like The Avengers or some such, the FF is a set group of four, a family. As interesting as a new person coming to the title is, it's going to snap back to the original team eventually. It's all part of Alan Moore's point that comic fans "don't want change, but the illusion of change". I could also add in that the licensing department doesn't want much to change either, but let's stick with creative here.

It's a lovely piece of art, and there's certainly a lot going on in it, implying that there will be a lot going on in the book. I've been enjoying the book, both its recent run and as far back as the Byrne age. They are the single most important characters (gramatically questionable, that, but I'll go with it...) Marvel has. Both recent teams have done something that I think needed to happen to the book, namely brought back the Cosmic. As interesting as stories about social workers trying to take away Franklin and Valeria (because their home is too dangerous) are, the FF should be dealing with dimension-shattering problems. They have more experience with the Big Big Picture (if I may co-opt a phrase from Larry Marder's Beanworld) than anyone else in the MU, and that's the stage they should play on. Based on that image, that seems to be where they'll be working.

There's a few themes we're seeing come back around, and that's fine - they're standard ideas, and re-occur all the time. We've seen some emotional distance between Reed and Sue, mainly because of Reed's dedication to The Work. While in the past it was Franklin that was going to end up eclipsing Reed in intelligence and power, now it's going to be Valeria. That's all well and good as well. Tho I do hope they manage to "allow her to be a child". Too often when you have these super-intelligent kids in fiction, they become little adults. From a purely emotional point of view (and perhaps ascribing too much real-world mindset to the idea than really should) that can cause some messed-up people as they approach adulthood. I'd like to see a story where that incredible intelligence gets used for wholly fun things, as a kid would. And don't go for that "We have to lock this intelligence away until she can handle it" either - a lobotomy is a lobotomy, no matter how many polysyllabic words you choose to wrap it in. Always hated those stories.

If you've not read the FF in a while, I suggest you give it another look.

"Also, just for the record, I never said we had no plans to make FF important. I
was asked if FF was going to become a franchise like Avengers or X-Men, and I
said no. Not remotely the same thing."

"Franchise" has several meanings. Here, I think he's using it as "base upon which to build more titles", something I agree that isn't needed for the FF. There's no need to have a second FF book, or solo titles - it's four people, f'pete'sake.

However, in the sense of "Important character or concept, driving force" the FF are absolutely a franchise of the MU. They're a tentpole. In a world where the general public has a varyingly-guarded view of heroes, the FF are universally adored. They are the go-to team, the people other heroes go to for advice, ether scientific, emotional or how to be a better hero-related.

I feel the need to call out one creator for special compliment when it comes to his recent work on the FF - Dwayne McDuffie. Viewed by many as a transition title-holder, he came up with some truly wonderful stories in his brief run on the book. His one-shot "My Dinner with Doom" is truly one of my favorite FF stories in recent memory. In a weird parallel to his run on JLA, he was handed the book and then basically told he wasn't going to able to write the actual FF. But no matter - he still came up with a few great batches of lemonade, on both books. I just thought that needed saying..
at 4:43 AM